Bob Carlos Clarke had a reputation as being a photographer of striking versatility as well as one of the world’s finest photographic printmakers. After moving to England in 1964, he worked in journalism and advertising before electing in 1970 to study design. His interest in photography bloomed during his first year of studies and by 1975 he had completed an MA in photography at the Royal College of Art, London. In his book Obsession he said "I devoted the following decade to shooting women in high heels, and got myself thoroughly rubber-stamped with a reputation that became something of an embarrassment a decade later, when pink rubber party-dresses became synonymous with bottle-blonde bimbos and provincial sex shops." He will be best remembered for his erotic images of women which attracted both controversy and critical acclaim. 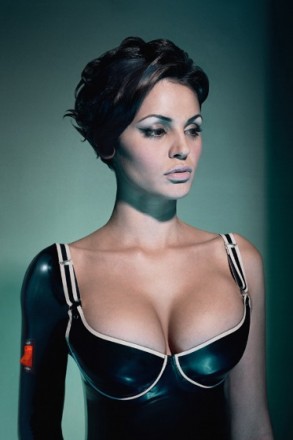 Other works by artist